April worked part-time at an on-site gig with people she liked, but she didn’t dig every part of the job. She had managed to pinpoint exactly the problem: her clients had insisted on using old-school techniques but expected better results than she could possibly deliver with them.

After a year, April knew she had to make a radical shift or quit. She felt her job was constantly in jeopardy which drained her as much the mindless tasks she was required to accomplish. With nothing to lose, she met with a managing head and pitched parallel avenues of work that could lead to similar results. With permission granted, she moved forward, full steam ahead.

April educated herself about various marketing tools, and began sharing her knowledge with colleagues and friends and watched their businesses bloom. She took courses and gained certifications that she could use in her current job and parlay into her future dream job. As April’s network grew, she began stepping forward offering the services she most enjoyed.

When she gained several clients, it ignited a flame. She noticed how these clients made her feel energized while the other client still felt like a drag. That was when she realized that the clock was winding down on the old-school gig.

One Friday, April’s supervisor wanted to hit the brakes on current projects and go back to the “tried and true” method they had used before. She had the weekend to consider how she wanted to proceed. The thought of returning to more of the former tasks and scale back on the part she truly loved made her heart sink. She couldn’t help feeling he expected her total compliance. In her heart, she knew she couldn’t go back.

“The message was clear to me,” April said. “My work was not being valued, nor had they been receptive to making necessary changes that could have helped them flourish as my other clients had.” While they dragged their feet, their business continued to taper off. Even though she couldn’t stay, she didn’t want to burn bridges. “It was important for me to end well. I was deeply grateful for the opportunity to work with them and I felt that the managing head and I had become friends. But, I realized my staying was causing a problem for them.”

Over the weekend, April counseled with a few very close friends who all urged her to sever ties with the company and go out on her own. “They all saw something in me that, until then, I didn’t see in myself. I was a natural born entrepreneur. One described me as the eagle that needed to be shoved out of the nest in order to fly.”

April met with the head manager, with office keys and her letter of resignation in hand. She thanked them for the time she worked with them explaining that it was no longer a good fit. She mentioned that she would consider working with them again in the future if anything should change.
Though her supervisor was stunned, he understood. They shook hands and she walked out the door, into her true life.

“I was enormously grateful for my time with that group. It taught me a lot about business. Because my position was basically lead generation, it allowed me to try things and see what worked and what didn’t so I could build my own business model. Had they implemented the needed changes, I would probably still be there. I’m much happier with this new work/life balance.”

What does this mean for you? 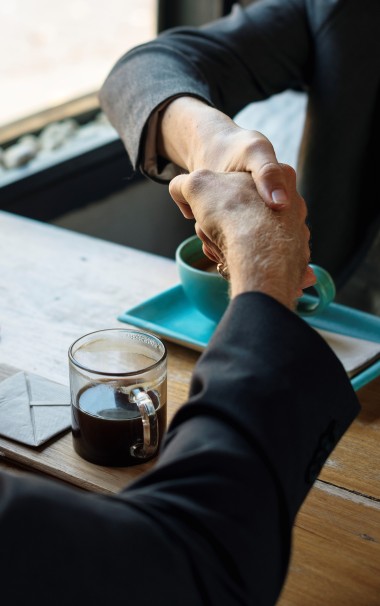 How much different would your life be if you loved your work? Most of us put in 40 and even 50 years in various occupations. Recent statistics indicate that a stunning 89% of people are unhappy in their jobs. Sometimes circumstances hold us where we are. Sometimes we grab a job to tide us over. We might need part-time or full-time income, we might be working through college. Instead of using it as a stepping stone to increase our value or take us to the next level, we camp. Why?

Many of us are fearful of the future. Working for someone else doesn’t insulate us from changes in the workplace. Usually, we have very little control over the position once we get hired. Positions are eliminated, co-workers can be toxic, companies can be sold, merged, or fold altogether leaving us high and dry. Every job carries a certain amount of risk. Heck, every day holds a certain amount of risk. Risk is unavoidable.

If you’re perfectly happy, I get it. Why rock the boat? But if you’re not, maybe you’re one 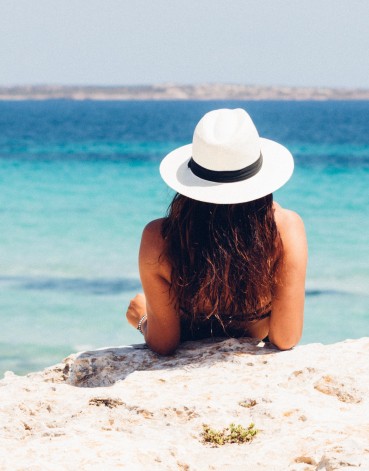 of the brave ones. Maybe you’re willing to look at what your gifts and talents are, and start small. Like, side hustle small. By starting a mini-business, you can test the waters like April did, while still working, to see if what you love doing is a marketable, viable potential business.

I’ve been following the unconventional Chris Guillebeau for several years. I love his smile, encouragement and, enthusiasm. He has an amazing story and several books that will completely shift your mentality about what it means to “work.” Check out his Side Hustle School page and see if something doesn’t catch your eye. I expect to hear great things soon and look forward to seeing you next week!