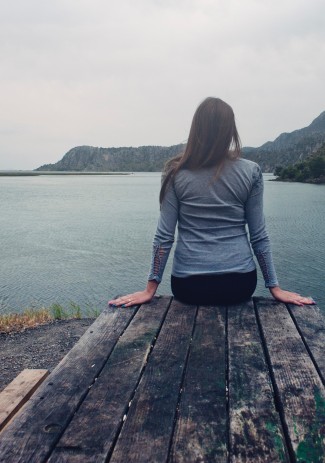 A bold and beautiful friend of mine said an angel spoke to her when she was just a little girl and laid out the divine call on her life. She feels led to share God’s love with people who don’t know it and prays to change the course of their lives. It might be the healing of their heart, spirit or a healing of the body. She says she hears from God. That’s a pretty brave statement and you can just imagine the responses that she gets. But Bonnie Hoffman Jones is not deterred.

She might be out grocery shopping and feel God highlighting someone to speak with. Sometimes to pray, sometimes to encourage, most often to let them know that God sees them and loves them. Sometimes she gets a download about exactly what’s going on in a person’s life and what needs to change. It’s hard to call someone a nut when they’re right. It’s attention-grabbing. Even if she didn’t hear quite right, which doesn’t happen so much anymore, she still offers to pray.

Bonnie knows the risks of bearing such a message. When she gets information from above, she has a choice. She can either speak to that person or keep it to herself. She calls it, “Crossing the chicken line.”

Since hearing about the chicken line, I’ve been able to see more clearly where those lines are drawn in my life. Chicken lines are barriers we draw around ourselves that hold us back. They keep us trapped in small mindsets, keep us from venturing out, they keep us addicted, or emotionally locked down. It keeps us in our own tiny world instead of reaching out and forming community with others. It keeps you from fulfilling your life’s greatest purpose. 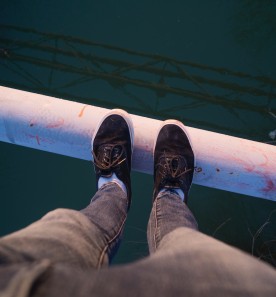 Years ago, I was terrified to drive on the interstate highway. Instead, I would take backroads or have someone else drive. But one day, I needed to go to visit my sister in North Carolina. I was a single mom and there was no one I could ask to take me from Columbus, Ohio to Charlotte. I determined to break that fear. I made that drive all the way with nothing but scribbled directions on paper. I haven’t been afraid since. Crossing the chicken line is empowering.

When you feel empowered, your mindset begins changing. You begin seeing obstacles as opportunities. With each success, your abilities grow. It fuels your desire to do more. It grows you. I once had a dread fear of driving to airports. But one year, I found myself there quite a lot. It wasn’t as bad as I had imagined. Now it doesn’t bother me at all. Crossing the chicken line is freeing.

I had a hard time trusting people because I’d been let down so many times. But one day, someone said, “A couple from a local church wants to sow into your new business. If you’re interested, here’s their number.” The couple had asked a few other people as well. At the time, my pottery studio consisted of a kick wheel and a few tools and a bag of clay. As a single parent, I needed to generate income. I took a chance and called them. We met. It was not a loan, but a grant. They wrote me a big check, enough money to outfit my studio with equipment, supplies and a couple hundred pounds of clay. Another person they wanted to sow into declined their offer. That couple is still part of my life. Crossing the chicken line emboldens you. 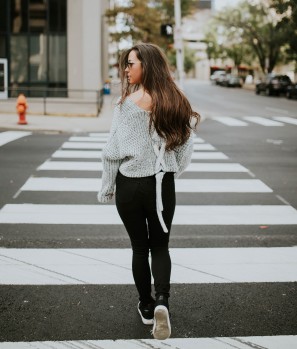 Most of my life, it’s been hard for me to ask for things. I didn’t ask because I was afraid I would be told “No.” A major art show in my city invited me to participate. At the time, I’d been creating clay works for five years. At first, I thought, “I don’t have what it takes (education, degree, experience, connections, awards, money) to be a part of this.”

But almost in the same breath, I thought, “What would it look like if I did?” I created a new portfolio that they could not turn down. They accepted me into the show. Then I needed certain supplies. I barely had money to pay bills, but I thought if I went to Home Depot with my acceptance letter, they might help. The answer is already “no” if I don’t ask. What was there to lose? I presented my information to them and to my utter shock, they said “Yes!” Crossing the chicken line is exciting.

I didn’t think anyone was quite as good at disqualifying themselves as I used to be. When people asked anything of me, my first answer was always no. I didn’t feel capable, educated enough, worthy enough. I didn’t hang with the right crowd. But, I began noticing that other people felt much the same way about themselves. Now, I see that as a chicken line. Crossing the chicken line changes your paradigm. 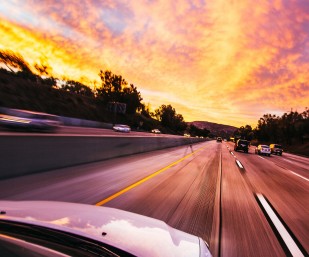 What can happen if I say yes? If I do this one thing? If I take a leap of faith and give it my all? What I learned was that I could do it. That if it didn’t turn out right the first time, I could choose another way to solve an issue, and my bravery has grown exponentially. One of my mosaic pieces was shown at the downtown art museum, and in a special display at Saks in a new mall. Crossing the chicken line will surprise you.

What are the lines that keep you boxed in? How can you break out? Please share with us how you have or how you will cross a chicken line in your life.